Things didn’t exactly settle down after my last post. That night a well-known musician in the metal scene, “Dimebag” Darrell Abbott (ex-Pantera, now Damageplan) was shot and killed on stage in Columbus, Ohio, by a lunatic “fan” who (as some say) accused Dime of breaking up Pantera years ago. The shooter also killed the band’s security guy, “Mayhem”, a fan who came to the rescue and a guy who did security for the club. A policeman who got to the scene real fast, handled without hesitation, shot the shooter who was still shooting himself and probably saved many lives. The shooter turned out to be a diagnosed schizophrenic. The news shocked the whole metal scene deeply and my sympathies go out all the victims, their families and friends, but most of all to Vinnie Paul Abbott (the band’s drummer) who had to witness his “little” (38 year old) brother being shot – how on earth do you deal with something like that 🙁

A day and a half later I was just about to try and break the apathy and shock I was still in, and then I hear that a friend from Germany had died November 28th. Anke Wallrabenstein (aka SavaHexe) was a real sweetheart, we would occasionally meet at shows or see her online. It had been a while and I never knew she was ill. She died of lung cancer at age 44. Here the collage that is posted on www.jonoliva.net 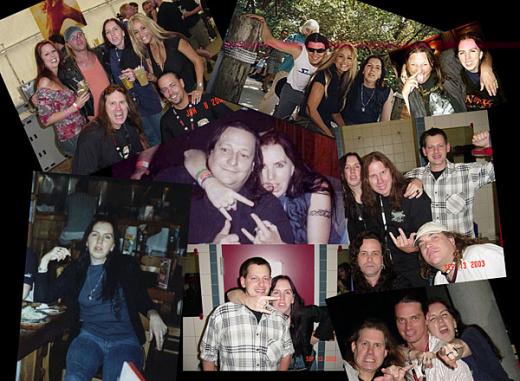 So, after that I was a bit lost for a couple of days. Can you blame me… one difficult decision and three deaths in like ten days. Enough! Can people please stop dying for a while now??? 😐

By now it has settled down again, my friend Pamela was there for me with her songs at exactly the right time (good for one last good cry ;)), I set up the Xmas tree at home and Ine and I had some decorations at our office – not a day that I don’t think of the three recent tragedies, but it’s time to move on and get busy again.

I have tomorrow and all next week off (city hall is closed), but Nico has to work all those days except New Year’s Eve and January 1st+2nd. Nico had yesterday and today off instead, so I used my last vacation days and started my vacation a bit earlier. Yesterday we went to Roermond to visit Theo, to do some shopping and we had dinner at a real nice and good Greek restaurant. Today we went to Aachen to the “Weihnachtsmarkt” (Xmas market) – so we had a nice Xmas already 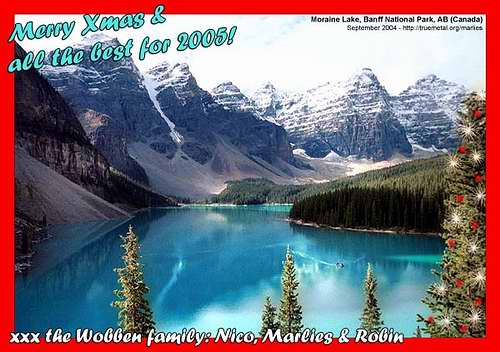 ◀RIP René / no emigration for now / new extra job??
HNY!!! - and strength to all the tsunami victims/survivors▶